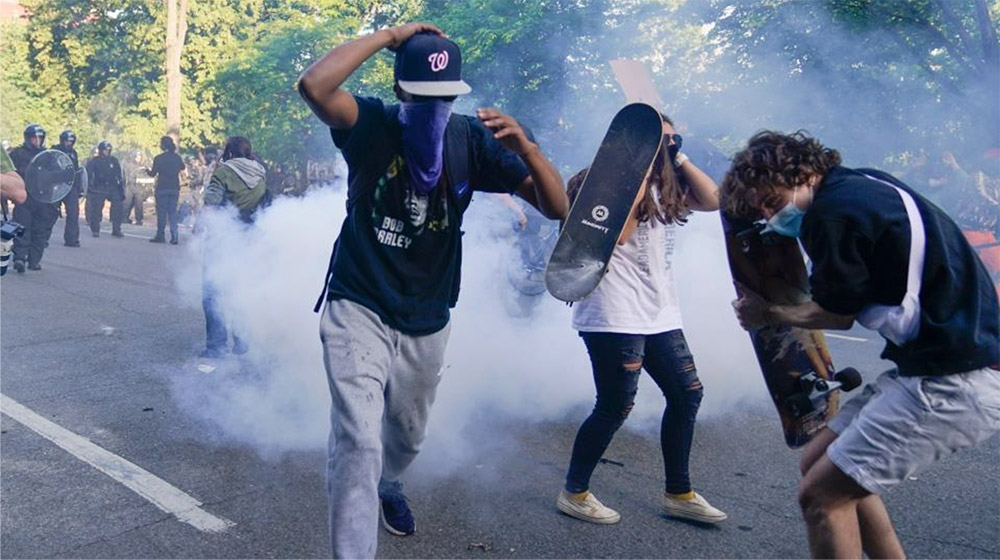 The Washington Insurrection occurred at the Capitol in USA on the 6th of January 2021. Within a few hours of the speech carried out by the president Donald Trump there had been several members of the public at the event which began to riot and eventually break into the Capitol. Before this had occurred there had been high tensions due to the elections which took place last year. In terms of electoral votes 2020 had one of the highest voter turnouts in 120 years with Minnesota being one of the few states to have 80% voter registration. Donald Trump (republican) and Joe Biden (democratic) were the two candidates which were up against each other. Furthermore, after the electoral votes were officially counted Mr Biden had a much higher amount of electoral votes at 306 therefore; he had won the 2020 elections.

At around 1pm there electoral votes were going to be counted at the House of Representatives chamber although rioters started getting closer to the Capitol steps a few moments later.

During the speech held at the Ellipse on the 6th of January Donald Trump made it very clear that he felt the votes were incorrect and stated that his supporters as well as himself had to “fight much harder” during the speech .Before the speech had taken place there had been several tweets made by Trump which also indicated that “they are trying to steal this election”. This encouraged many of the trumps supporters to then break into the Capitol in the events which then took place at around 2pm during the 6th.The members who broke into the Capitol included members who were far right activists as well as “stop the steal” groups and others.

The events followed in this sequence:

1. The mob that began started to get more rowdy and the barricades were breached.

2. Those who entered climbed the wall of the Capitol on the North West side.

3. More rioters were now climbing scaffolding and were able to get onto the second floor of the Capitol.

4. Many were able to enter through the east side of the building.

Many of the rioters began to break and smash windows and destroy the property at the Capitol beginning to enter into offices and vandalise and steal. These rioters carried flags and propaganda which had Trump 2020 on it.

Those who were involved in these mobs became more aggressive and had threatened some of the reporters which were also at the scene of the location. As well as that many of the senators and official which worked at the Capitol began to hide and remove their identification in order to not be harmed or threatened. However, soon after the break in to the Capitol any officials such as senators or reporters were placed into the chamber of senators and the area was secured so that no one would be able to enter. Due to the rioters a few police officers were assaulted and overall along with the rioters there were 5 deaths one being a Capitol police officer. Around 2:44 shots were fired directly in the house chamber and Ashli Babbitt was shot.

Although it was evident that a riot was about to ensue the police officers which were outside the Capitol and had been near the crowds which were gathered did not request for back up or any additional help from the national guard when there were several rioters who were able to break down the barricades. Although during the Black Lives Matter protest there were about 5,000 police officers for a peaceful protest showing that there were huge errors in timing and deploying the National Guard on time as the Capitol would have not been breached or damaged. Most importantly it shows that there is a bigger issue with the justice system within the USA as there was a lack of police or crowd control during a violent mob which entered the Capitol and police officers but a protest which was largely peaceful where the police officers used extreme tactics such as tear gas and rubber bullets to move protestors. Most of the rioters involved in breaking into the Capitol were predominantly white and there was a clear racial double standard when comparing it to the Black Lives Matter protest.

Around 3:51 the National Guard had been mobilised and there had been crowd control techniques to remove those inside the Capitol. About 68 arrests were made along with this a 6pm curfew had been made. Around 6pm the Capitol had been cleared so that lawmakers could be escorted out .Fortunately electoral votes could be counted at 8pm on that day.

The Incident in itself shows the severe effects of social media and how it plays into politics and the negative impacts of false information which is displayed onto different social media platform such as Twitter. Donald Trump has been banned off his social media accounts until further notice. In terms of the lack of control in policing Joe Biden has also commented on this and stated that there was much more tenancy given to rioters than the peaceful protestors during the BLM movement marches. As there can be images found of rioters entering offices and taking pictures with police officers and destroying and vandalising the area