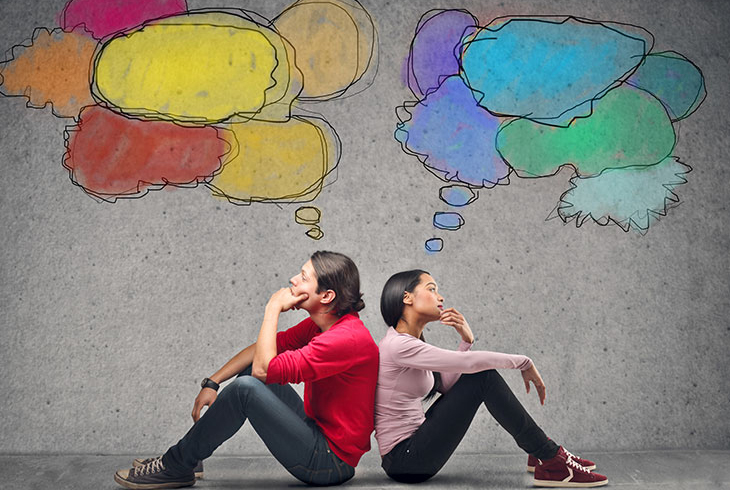 In many situations, people in positions of power including employers and teachers make choices and decisions based on biases. Sometimes these are conscious but in the majority of cases they are unconscious. So we enter the world of work wondering if decisions will be made in a way which is fair and objective. Sometimes these decisions are not. There are people who make decisions not based on who we are as individuals but they make decisions shaped by their own biases.

So what is bias and how can this affect people? There are multiple kinds of bias, one of these being unconscious bias (also recognised as ‘implicit bias’; briefly defined as ‘ an automatic, mental shortcut used to process information and make decisions quickly). So essentially, unconscious bias is something that happens in our brains without us consciously doing anything to cause it- we create generalisations, groups and stereotypes in our minds in order to help us organise our social world.

This kind of bias is more dominant than the conscious kind, as we have no control over our unconscious thoughts. Conscious bias is defined as: ‘when the person is very clear about his or her feelings and attitudes, and related behaviours are conducted with intent’.

So the same concepts of grouping and stereotyping are in use, but it is done intentionally. The groups that are subject to unconscious bias consist of (but are not limited to): gender, gender identity, race, ethnicity, sexuality, weight, financial status, height, physical ability or disability and religion. Since this is something we do without thinking about it, it occurs regularly (practically every day) in each person’s mind. One place it happens in very frequently is the workplace.

There are multiple subcategories of unconscious bias that are found in the workplace / employment process. These are the thirteen most common kinds.

These are very present issues in a workplace as employers unconsciously use these schemas when hiring and interviewing people, promoting people and handing out responsibilities and so on. This bias can even affect some people’s abilities to get a job at all, since employers will view candidates with their unconscious bias. As a means of minimising this issue, here are some ways to prevent Unconscious bias in the workplace/employment process:

The first step is to be more aware. As much as the entire point of unconscious bias is that it’s an unaware thing, it needs to be acknowledged and spoken about instead of just ignoring it. Have discussions with your team/employees etcetera and educate them on what it is, as well as how it can affect others. Create a space where questions can be asked too; let people question the concept and be sure to question yourself too. When making the kinds of decisions that can be influenced by unconscious bias, question what it is that led you to that choice to ensure you are making it for the right reasons.

As well as this, I think there needs to be more inclusive meeting practices and equal opportunities. Deliberately provide job opportunities for people who are typically subject to these stereotypes, grouping and biased to make sure they’re given opportunities as well. In the same way I wouldn’t want to be deprived of an opportunity just for being a woman or for not having similar interests to the employer, others don’t want to miss opportunities because of their race, disability and so on.

In my opinion, unconscious bias can be extremely harmful in everyday life and at work, and it’s something that needs to be spoken about, and prevented as much as possible. Encourage peers and employees to do research and take action on the issue to make the workplace a safe and accessible space for everyone.