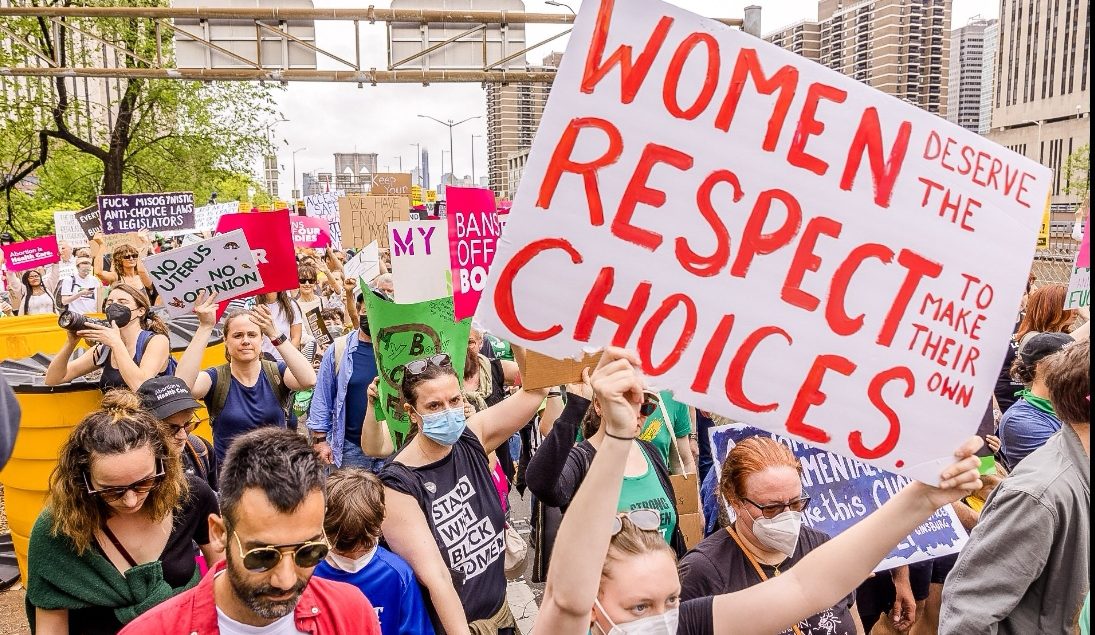 A Woman’s Right To Choose

On June 24th2022, the world observed as the US Supreme Court overturned Roe v Wade, a ruling which stripped away women’s choice and right to abortion, triggering mass protests. Two years prior, the Polish Constitutional Tribunal ruled that abortions in cases of foetal defects are unconstitutional, also causing mass protests across the nation. Meanwhile in 2021 in Mexico, the Mexican Supreme Court unanimously ruled that penalising abortion is unconstitutional. Three very different countries, where only one has decided it’s time in the 21stcentury to stop punishing women for their freedom of choice, whilst the other two decided to reverse to times of oppression against women.

Why is it that countries like the USA, the self-acclaimed “land of the free”, has resorted to repressing just over half of its people’s rights?

Sixteen states alongside Washington, D.C. have various forms of legal protection for abortion enshrined by state law, meaning life for women in those states remains relatively untouched by the overturning of Roe v Wade. Unfortunately, most of the more conservative states are in full support of this ban on abortion, with a potential danger of an increase in unsafe abortions or travel to states which won’t persecute women for having an abortion. A particularly shocking example of the already apparent consequences of the ruling is the case of a 10-year-old rape victim who had to travel across state lines from Ohio to Indiana for an abortion, due to Ohio’s strict laws.

A similarly tragic example of the consequences of abortion bans was a case of a Polish woman in September of 2021. Ms Izabela Sajbor was informed that her foetus had severe abnormalities and would almost certainly die before birth, her waters broke prematurely and she was admitted into hospital. However, even as she developed a fever and convulsed on the floor, all the doctors were worried about was the foetus’ heartbeat due to Poland’s strict anti-abortion laws, without the option to save her life. She died a few hours later. Is a woman’s purpose to be treated as an incubator?

In 2019, a total of 625,346 abortions were reported in the USA, the abortion rate was 11.4 abortions per 1,000 women aged 15–44 years, and the abortion ratio was 195 abortions per 1,000 live births. Much of the reasoning for the overturn of Roe relies on the protection of the foetus’ human rights, however, many have argued that those same human rights aren’t as enforced once the baby is born. According to demography statistics, in 2020 in the US, 117,470 children were awaiting adoption. There is possibility that that number can potentially increase due to abortion bans, as women may lack the means to financially support a child which she may have been essentially forced to birth. Multiple clashes between pro-life and pro-choice protests can be seen in the media, but do those same pro-life protesters consider the quality-of-life people who are already living have? Children in orphanages, the homeless, those without jobs or adequate healthcare due to simply not being able to afford it. Are those really the ideal circumstances for more lives to be born into whilst stripping away the woman’s choice?

I’ve personally noticed that pro-choice seems to be dramatically misunderstood by some as “pro-death” due to being labelled as the opposite to pro-life. However, pro-choice doesn’t mean the person supports murder or death, it simply means they support the idea of having that choice even if they themselves don’t opt to use that choice. Abortion is an extremely sensitive process, and it’s pretty much a guarantee that no woman ever just wakes up one day and decides to randomly have an abortion just for the sake of it. It’s usually a well thought out decision which can take days to mourn, and sometimes even an urgent need in the case of the woman’s life being in danger.

Who decides on the rights women have toward their own bodies? Predominantly male legislative bodies. A particular phrase has been circling around various areas of the internet, a truly horrific summary of these limitations on women, “your body, my choice”. A ban on abortion doesn’t get rid of it, it simply makes it unsafe, maybe even life threatening, with a heavy mental and physical burden on those who can’t access it.

Women should have an undeniable right to control what happens to their own bodies within moral boundaries, but those boundaries shouldn’t be exclusively decided upon by men. Governments across the world need to acknowledge that removing abortion rights is clearly not the right thing to do for many various reasons. Women need to be entitled to choices which centre on them, not at risk of death due to doctors fearing the punishments linked with performing abortions. Additionally, the world is already overpopulated as is and it may be simply viewed as unfair to bring new life into it without the means to support it. Women are also human, it’s time to start treating them as such.